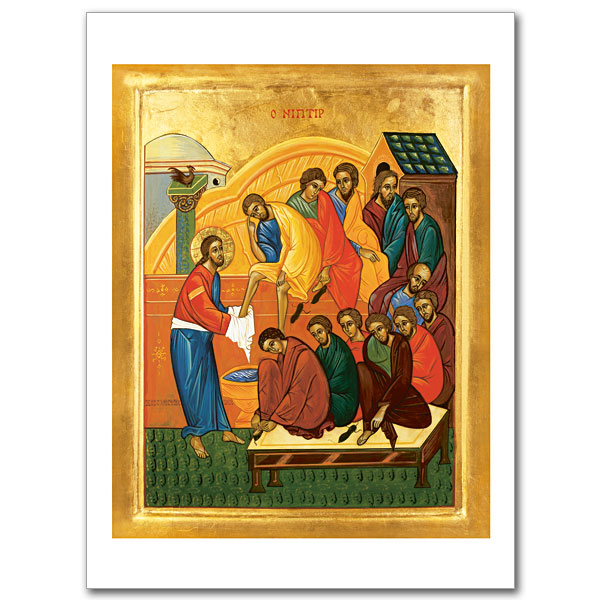 "So if I, your Lord and Teacher, have washed your feet, you also ought to wash one another's feet."

In “The Washing of the Feet", Jesus sets for the Apostles (and for us) an example of humble service to one another by washing the Apostle’s feet at the Last Supper. (John 13:3-17) We liturgically follow Christ’s command to wash each other’s feet at the “Mandatum" ceremony on Holy Thursday. Card size 4 3/8" x 6".