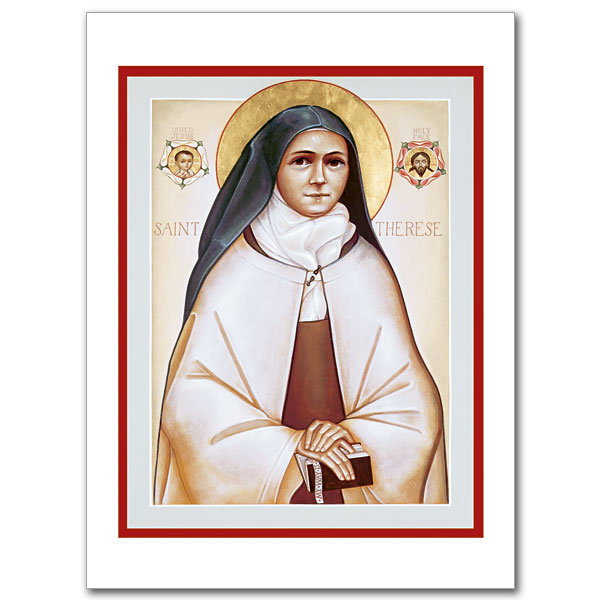 As the Father has loved me, so I have loved you; abide in my love."

Upon joining the Carmelites at Lisieux, this remarkable saint took the name of Thérèse of the Child Jesus and the Holy Face. She is also known as “The Little Flower," having died at the age of 24. Her memoirs, “The Story of a Soul," has become one of the great spiritual texts of this century. She has inspired many, including Dorothy Day and Mother Teresa. Card size 4 3/8" x 6". 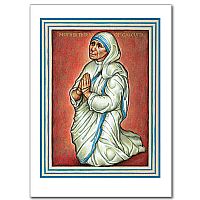