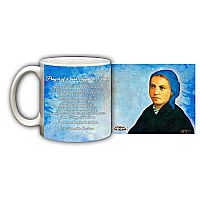 This beautifully crafted mug depicts the picture of St. Bernadette Soubirous, a famed visionary who lived in abject poverty. Bernadette was granted a vision of the Blessed Virgin Mary in a cave near Gave River close to her home in Lourdes. After reporting her story, authorities tried to frighten her into recanting her story but Bernadette would not. A spring emerged from the cave in which Bernadette saw her vision, in which the waters possessed healing properties. Bernadette stated that her vision had named herself the Immaculate Conception and that a church should be built on the site of the spring. After being hidden away in Nevers, authorities tried to stop the spring and shut down construction but were unsuccessful. Lourdes became one of the major pilgrimage destinations in the world, and the spring has produced 27,000 gallons of water each week since emerging during Bernadette's visions. Bernadette was canonized in 1933 by Pope Pius XI. 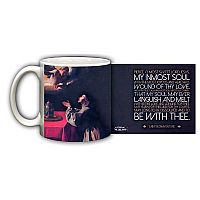 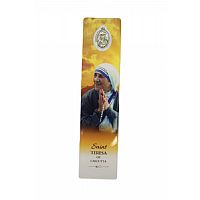 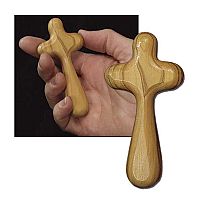 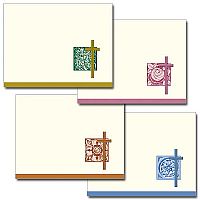