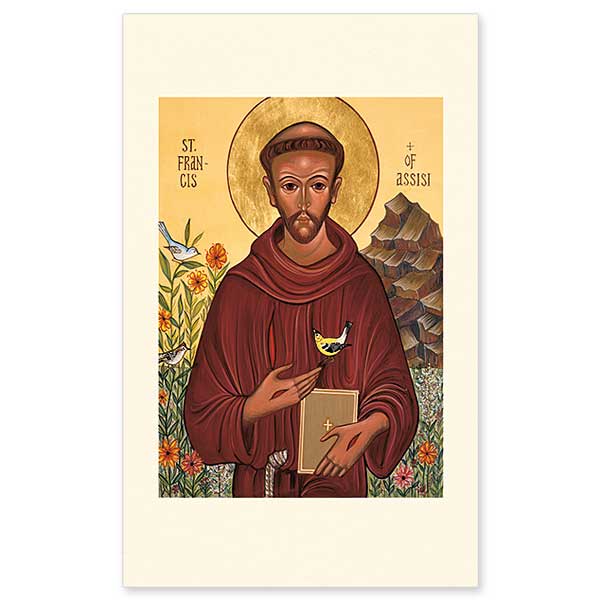 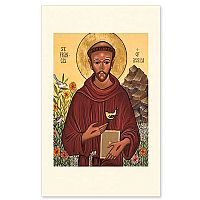 Francis stands before us in this three-quarter length iconographic portrait as a model of spiritual strength and compassionate love. The crown of his head is shaved, a practice called tonsure in the middle ages to provide a distinctive appearance to those who have taken religious vows. His face, following the tradition of Byzantine icons, is not intended to be a realistic portrait but a spiritual one. His forehead is broad, indicating strength of spirit. His eyes are unnaturally large and soulful, drawing the viewer into communication with God through Saint Francis. His nose is long and slender, conforming to the Byzantine ideal of nobility. His mouth is small and closed, symbolic of contemplation.

Francis is dressed in the brown robe of his famous order, hooded and with a rope belt. He holds a book in his left hand, probably the Gospels. A small bird is perched on his right hand, with two more in the background among flowers, reminders of his great love for God’s creations. The Stigmata mark his hands, note also the red slash of the lance wound. There is a cave in the mountain behind Francis recalling the period in his early religious life spent meditating in a cave as a hermit. Surrounding his head is a halo of gold. The halo has been used in Christian art for hundreds of years to indicate sanctity. Gold leaf is used to symbolize divine light because of the incorruptibility of gold and its metallic reflectiveness. 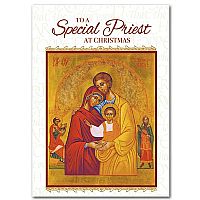 To a Special Priest at Christmas
Priest Christmas Card 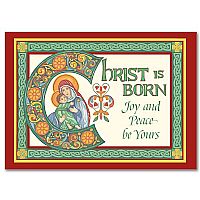 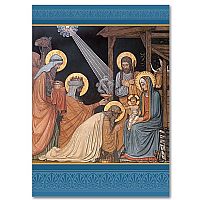 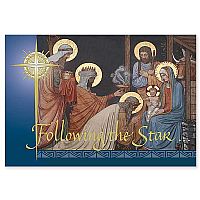 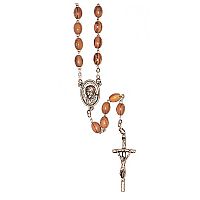