Richard Carbajal is a native of California. After graduation from Pasadena High School and a term of service in the Air Force, Richard worked for ABC/Disney, CBS, MGM, Universal, and other film and television production companies. He also has designed floats for the Rose Parade in Pasadena, California, Rose Festival in Portland, Oregon and Thanksgiving Floats for the Hollywood Lane Parade. While at ABC/Disney, he worked on shows such as The Oscars, The Emmys, The American Music Awards, The Country Music Awards, The AFI (American Film Institute) Awards, General Hospital, Grand Ole Oprey, America's Funniest Videos, and Alice's Adventures in Wonderland. He was Assistant Art Director for the S.H.A.R.E. Show and Affiliate's Shows. His photography credits include TV Guide and Oprah. Richard is now doing illustrations for the book publishing business. 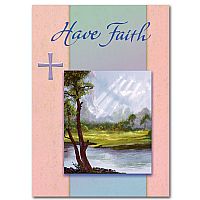 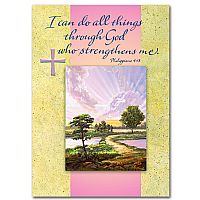 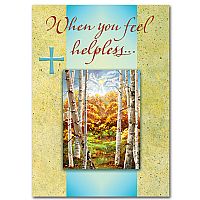 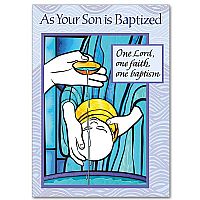 One Lord, One Faith, One Baptism
Baptism Card for Son
(CB1924)
Artist 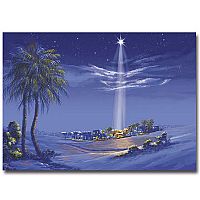