Raymond Franklin DaBoll was born into a farm family June 19, 1892, near Clyde, New York. He worked on the farm to be able to pay for his art training. His first training in art was obtained at the Rochester Athenaeum & Mechanics Institute, now now as the Rochester Institute of Technology (RIT). He specialized in decorative design and architecture. He was in the class of 1912.Two teachers there hammered into him that DESIGN IS ORDER. He took part-time jobs to pay for his first two years at the Institute and was awarded a scholarship for his third and final year.

After graduation Ray moved west to Chicago. On arrival there he spent a few months of intensive study in the Chicago Art Institute. He liked Chicago so decided to stay there. His first actual experience on the job came in the art departments of Barnes-Crosby, engravers, Rogers & Company, printers, and briefly the advertising agency of Lord &Thomas.

Ray married Irene Briggs on April 8, l917. They had two sons. Their residence for many years was in Hinsdale, a suburb of Chicago.

His big break came in 1919 when he went to work at Bertsch & Cooper, typographers, as assistant to the legendary Oswald (OZ) Cooper. There during the next three years his natural talents blossomed. He further honed them by many hours of patient practice. Soon he became known as one of the finest graphic designers in Chicago. After this stint he spent a few more years as an agency art director.

Then in late 1929 another memorable change happened. While the Great Depression was going strong he took the risky leap to become a free lancer and remained such for the rest of his life. He was usually known by his initials R.F.D. Many men, such as George Salter, Oscar Ogg, Warren Chappell, Paul Standard, Ernst Detterer and W.A. Dwiggins, notables in the graphics, have inspired Ray both in their works and in their personalities. Ray has passed his inspiration on to many others. Ernst Detterer, custodian of rare books at the Newberry Library in Chicago, conducted a weekly night class for aspiring scribes and introduced them to the square-nib pen and the beautiful handwriting of the sixteenth century. Ray took part in this class and afterwards calligraphy became his overwhelming addiction.

Ray made successful application of the ancient art of calligraphy in modern advertising and publishing. Ray had a deep and dedicated love for what he called "scribal art." One of his most famous pieces of calligraphy was a 1948 broadside titled, "Disciplined Freedom," composed and illustrated entirely by Ray. His many distinguished works in graphic design and calligraphy are too numerous to list here.

Ray did some work for Conception Abbey Press (name later changed to The Printery House) from 1961-1966. He designed advertising pieces and some Christmas greeting cards. The monk scribe logo on the Printery House catalog cover is Ray's work. He styled himself as the long-range art director of Printery House since he was living and working from his semi-retirement home in Newark, Arkansas, later Batesville, Arkansas.

Ray and his wife Irene settled in a home on 40 scenic acres in Newark, Arkansas when he decided it was time for semi-retirement. Toward the end of their lives, the DaBolls moved back to Illinois. On January 2, 1982 Ray died at Elizabeth, Illinois, at the age of eighty-nine. His wife died in 1985. They are buried in Oaklawn Cemetery at Batesville, Arkansas. Ray has deservedly earned recognition as one of the outstanding graphic designers and calligraphers of the twentieth century. 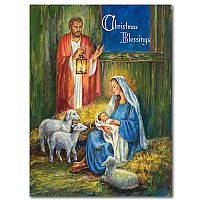 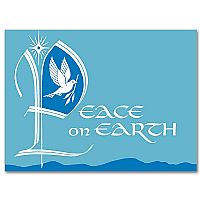 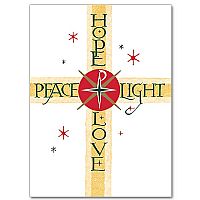